Wow. And I just keep going! 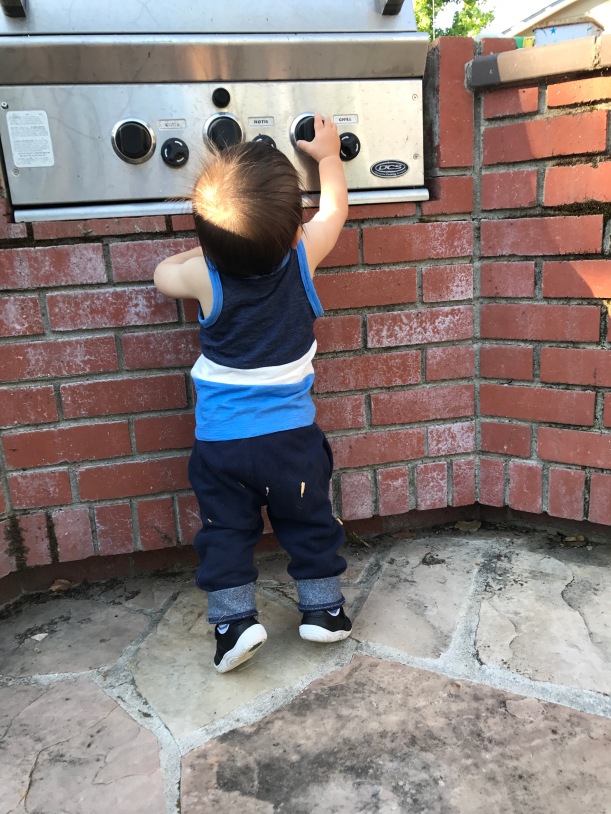 81.  You think sleep training is bad once… you’ll probably have to do it more than once if you go on vacation, baby gets sick or something else jogs the routine. Yeah. Not fun.

82. Once the baby is mobile, he or she will have lots of bumps and bruises. They’re just unstable. And curious. Bad combo.

83. Nothing is safe. Even baby proofed drawers etc.

84.  Husbands will just never understand. Period. They can try. But they just never fully will. Why? They didn’t grow a human in their belly for close to 10 months. They didn’t push something way bigger than the opening that it came out of. They don’t have an automatic food source built into their bodies. They can’t help it.

85.  Boys are thrashers. They bang everything against anything and throw everything they can get their hands on, on the floor.

86.  As a mom, you will get beat up. Pinched, poked, hit, pushed, bruised, hair pulled, slapped and head butted. I look like I’ve been in a fight every day.

87.  When your kid is sick and he’s absolutely miserable, which makes you exhausted, and people say… “it’s good for his immune system” you’re going to want to mentally slap them in the face a few times. Yes I know it’s good to build an immune system but you’re not the one dealing with a sick, uncomfortable, unhappy, fussy kid!!

88.  My son puts everything in his mouth. Everything. Paper, dirt, rocks, diapers, cardboard… everything. It’s normal I guess?

89.  When they start walking it’s good because they are more independent but bad because they’re constantly falling down and bumping their bodies against everything. Which means more bruises and injuries. I swear he gives me a heart attack every five minutes.

90.  Tantrums start early. Brace yourself.
Until next time! 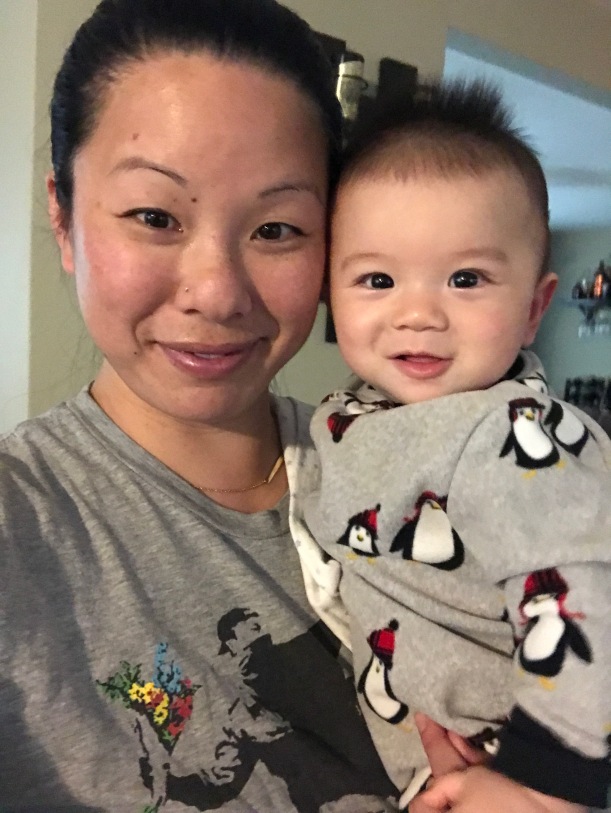 38.  Starting solid foods does not mean that your baby will sleep better at night.

39. Being female, and having a boy as your first, there are many things that raise questions. Such as, him exploring his parts!

41. Nap training is FAR worse than bedtime sleep training. Especially if you have a baby that doesn’t want to miss out on anything! And has major FOMO!

42.  Transitioning to something new is absolutely awful. I’m sure it is relative but in my experience it is not so fun. It is always a difficult task abandoning something that works and guarantees you success…for something totally new and not seeing any results for days if not weeks! It’s rough.

44.  Babies are smart. They understand more than you think.

45.  Watching your baby learn how to mimic, talk, roll over is the most awesome thing ever.

47.  Once you start solids, the poop 💩 becomes quite colorful and fragrant.

48.  Remind yourself to drink water and eat.  Better yet, set a timer on your phone.

49. It’s kind of amazing how much gas babies have.

50.  People will keep telling you “It’s going to get better/easier!”   But really, it just gets difficult in different ways than before. Not necessarily easier. You have different battles to fight at every stage.

51.  You will make the weirdest noises and faces to get your baby to laugh.

52.  Going out to eat with a baby that doesn’t like to sit still (stroller, high chair, carrier) is not fun. It’s kind of like a Chinese fire drill. One person eats while the other is walking around with the baby. Then switch. Not worth it. Lesson learned.

53.  You’re going to constantly guess what’s going on with your baby… it’s difficult to tell what’s bothering them a lot of the time! Until he or she learns to talk.

54. Borrow baby items before buying – swings, etc. it’s quite possible your baby will hate it and so will you after spending $100+ on it!!

55.  Baby snuggles are the best thing ever. They never get old. Snuggle as much as you can while you can!

56.  Everyone is losing their shit. You’re not alone.

57.  A baby that’s teething while nursing can chomp down on you and it’s bloody awful.

58.  Sleep train when you’re ready and when baby is ready. You’ll just know when to do it. We waited until he was 6mos and had his reflux under control and his stomach issues more settled. If we were to do it when he had those issues unresolved, we all would have been miserable.

59.  Teething isn’t fun for anyone.  We all knew this. I just had to reiterate.

60.  I have to say this again… things change CONSTANTLY! And everyone always says once you get something down, babies will switch it up on you! This is true… or just throw you constant curve balls.

61. Looking back at Gavin’s photos… it’s INSANE how much they change in only ONE month. Their looks, personality, sounds, poops…. haha.
I think I’ll leave it at that for now… until next time, thank you for reading! 😉